They had only gone to look at a truck. Instead of talking about spark plugs, the conversation lit a spark: how can North Nova get a new SPCA? 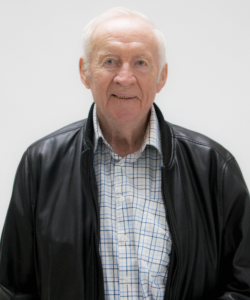 After a truck caught their eye, Sharon and Elmer MacKay met Vince Angst in his car dealership on Main Street in Stellarton. During their conversation, they learned that Vince was an animal lover like them. For years Vince organized the Kathy Skoke-Fortin Memorial Golf Tournament in support of the Pictou County SPCA but unfortunately due to COVID, that year he could not. He told the MacKays this and the conversation quickly turned from trucks to the shelter in Granton.

At over 43 years old, the Pictou shelter has helped save animals and create families for decades. Currently, it does not reflect the quality of care the animals receive or have the capacity to offer all the Nova Scotia SPCA programs. Since it was originally built, there have been advances in animal welfare, as well as demand for services. This had been evident to Vince, Sharon, and Elmer who had all dropped in on the location over the years. So, why couldn’t a new SPCA be built?

“That’s when we knew the stars had aligned because Vince had on him a business card for Christa Jensen, the Nova Scotia SPCA Director of Development,” says Sharon MacKay. “I took it and I called her and said the area was in desperate need of a new SPCA. And there was silence on the other end of the line.”

The silence was Christa pausing because the SPCA had only just decided to start a capital campaign to build and fix aging shelters across Nova Scotia, and before any work could get started, Sharon was on the phone. “I remember Christa responded with one word: ‘amazing.’” 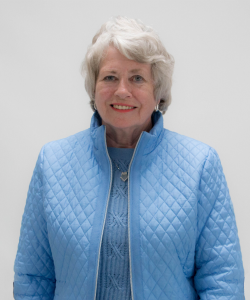 Sitting in their home a few yards from the original MacKay homestead, Elmer says that “Sharon is one of the kindest people I’ve ever met.” The house, while filled with notable pictures of dignitaries and recognition from Elmer’s political life, is also filled with the soft purrs from three cats that Sharon has rescued. One came right to the front door, while another was first seen in the woods, and needed some time. “She built it a house out back and eventually the cat learned to trust Sharon and came into the house.”

Sharon acknowledges that while she likes dogs, she has a special place in her heart for cats. “I have been taking in strays since I was seven years old. If the neighbours’ cat had kittens, I took them in!” Elmer on the other hand grew up on a farm milking cows and taking care of all the animals, occasionally even helping the raccoons and foxes, and even a groundhog. And while he loves animals, he fondly remembers his first dog a pit bull named Rex.

“Dogs are special,” says Elmer. “They care for their owner. But all animals are unselfish; they don’t make demands, they show unconditional affection. We could learn a lot from them.”

Making sure that animals in Pictou County are taken care of is one of the drivers behind the MacKays giving their support to the new build. “The SPCA is multi-purpose, multi-faceted, and multi-dimensional,” says Elmer. Sharon agrees and notes how important it is that the new location will allow for the expansion of SPCA programs like Paws and Support. “It is exceptional that the SPCA has a program to help with the pets of those fleeing domestic violence or someone who is sick and has no one to look after their animal during a hospital stay.”

The MacKays aren’t shy about their support for the new build, with Sharon admitting that she talks about it to everyone and anyone in Pictou Country. “I saw a woman passing the house walking her dog and said, ‘do you know we are getting a new SPCA?’ everyone is so excited when they hear about it.” The MacKays’ basement has started to fill up with collected items to give to the SPCA Thrift Store when it opens and have been asking friends for their support. 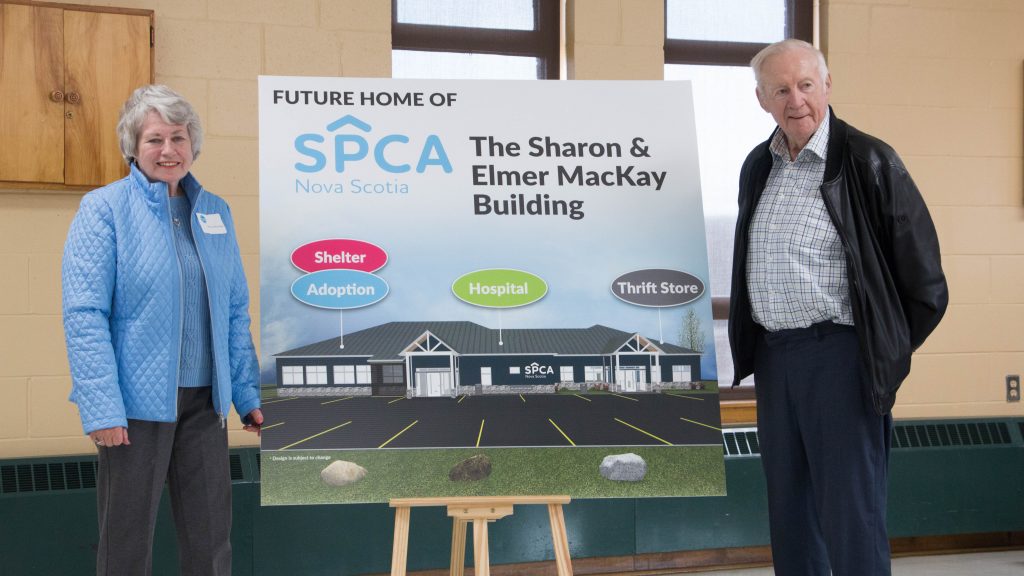 Beyond spreading the word and making sure the shelves in the store will be stocked, the MacKays have made a financial contribution to ensure the legacy of the building. In recognition of their commitment, the Nova Scotia SPCA will be naming the new North Nova facility the Sharon & Elmer MacKay Building. It is an honour that the MacKays humbly accept.

“It is nice, lovely,” says Sharon. “But we would be just as excited about this project and would pass by the building proud of the work we did to make it happen, even if our name wasn’t on it.” Elmer looks at it with pride and humour. “I am very proud of the work that generations of the MacKay family have done in Pictou County. I just hope the name doesn’t detract people!”

After almost 30 years of marriage, countless pets, and watching five championship wins by their beloved Yankees, working together to build a new North Nova SPCA is the first time the MacKays have teamed up for a capital campaign. Inspired by both the volunteerism of locals like Vince Angst, Steve Smith, campaign chair Marsha Sobey, and the incredible land donation from the Town of Stellarton, both Sharon and Elmer have high hopes that this SPCA will be around for 50 plus years itself.

“This will be good for the region,” says Elmer. “Not only for animals, but for families, for the economy bringing jobs. Pictou Country, I believe, is the centre of the universe, and it’s because of the people who I know will be hands-on.” Sharon adds her hope that enthusiasm doesn’t wane once the building is complete. “We’ve got a hospital to build, we have a thrift store to fill, we need to continue as a community, to work together to make it sustainable.”

The MacKays can already see the day the SPCA is open in Stellarton and plan to be there helping out.

Luckily, they bought a truck to drive them there.

Sarah is the Director of Marketing and Communications with the Nova Scotia SPCA. At home, she parents rescue dog Mz. Roxy Roller and son Lochlan. Telling the stories of adopters, donors, and volunteers is what makes her tail wag. Connect with Sarah at slyon@spcans.ca or 902-229-8620 today.

By now, everyone should know the dangers of leaving their dog in a hot car.  But there... READ MORE about SPCA Enforcement Responds to 31 Recent Calls of Dogs in Distress in Hot Back Yards