Andrea Christ was “the kid that always brought home pets.” Turtles, snakes, rabbits, gerbils, and goldfish are just a few of the pets she cared for while growing up in Chicago. 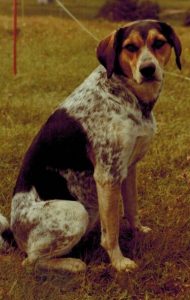 In the third grade, the dog of Andrea’s friend’s aunt had a beautiful litter of puppies.  Andrea really wanted to give one of the pups a loving home, so she quickly devised a plan.

“I brought her home, snuck her in the house and ran outside because I knew my mother would never let her go once, she saw her.”

Andrea’s plan worked!  Her mother told her that she could keep the pup which she later named Pepsi.

Andrea’s admiration for animals grew after bringing Pepsi home. Pepsi taught her at a young age the importance of obligation and consistency. Andrea got involved in all of Pepsi’s care including setting a walking and brushing schedule.

Pepsi also taught her about the unconditional love that a dog provides. 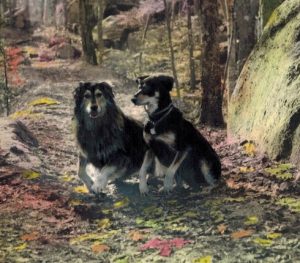 “Pepsi loved my family without strings attached. She didn’t base her love on what we did for her in return. She simply wanted nothing more than our happiness.”

As a young adult, Andrea started a dog family of her own.  She adopted her first dog Bulwinkle after rescuing him in Chicago.  Andrea then adopted her second dog Betsey after finding her abandoned in a national park on a trip to Oregon.  After unsuccessfully finding the dog’s owner, Andrea flew her back home to Chicago live with her. 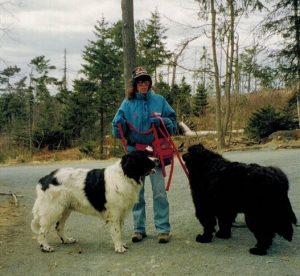 In 1993, Andrea moved to Nova Scotia to be closer to her parents.  Soon after, she gave birth to her daughter Frederica (aka – Freddie). Growing up with Bulwinkle and Betsey, Freddie quickly became enamored with pets just like her mom. Andrea remembers visiting the Halifax Shopping Centre when Freddie was an eight-year-old and purchasing hermit crabs from a kiosk in the mall. She quickly named her new pets Brutus and Sheldon. 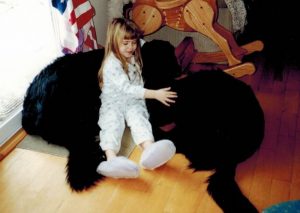 “I bought her an aquarium with all the equipment needed to ensure that Brutus and Sheldon lived happy and healthy lives. Freddie was responsible for feeding and cleaning their tank. It taught her how to care for someone/something else other than herself. To this day, Freddie is a huge animal lover and can’t wait to have a dog of her own.”

Andrea is a big believer in the importance of educating the public about responsible pet ownership. 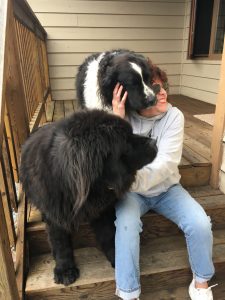 “The lifetime responsibility of owning a pet is tremendous.  It includes the obvious; daily exercise, quality food, a warm secure safe place to sleep and dwell – but those are just the basics. Financially, it can be costly to pay for high-quality food – whether it’s commercial-based kibble, cooked, or raw food. It can also be costly if you are not prepared for the unexpected and your pet requires urgent medical care. The more we can educate the public, the better we are setting families up for success and reducing the number of animals surrendered to organizations like the Nova Scotia SPCA.”

Andrea is quick to point out that she doesn’t judge people that have to surrender their pets.

“I do understand that some people surrender their pets for different reasons including illness or a loss of permanent housing.”

Andrea’s passion for animals is the reason she decided to name the Nova Scotia SPCA as a beneficiary in her will.  She wanted to help pets – not only now – but in the future as well. Her planned gift will not only help companion animals but will also offset estate taxes.

“I would encourage others to name the SPCA in their wills – even if it is one of several beneficiaries – to help with the care of the animals, the workers, and to create a new safe environment for everyone. Many people have the wrong idea about the SPCA and think it is government funded and that everyone that works there is paid with government money. That is not the case and I have been spreading the word to stop that misconception. There are so many animals out there that need love, attention, and homes (and, yes, I know people do too), but there aren’t a lot of places that animals can seek shelter on their own!” 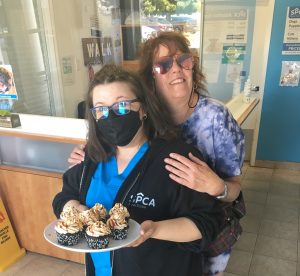 Andrea has a great deal of respect and admiration for the staff that work at the SPCA. To show her appreciation for their work, she and her Newfoundland dog, Mookie recently stopped by the Nova Scotia SPCA’s Provincial Office to drop off a batch of her decadent homemade cupcakes.

“The SPCA staff help so many people and pets in good times and in sad times – which can be so heart-wrenching. There is a strain on the entire system and the people that work within that system. Baking cupcakes for them is just a small way that I can show my appreciation for the difficult work they do and the impact they have on the lives of animals.”

The Nova Scotia SPCA staff would like to thank Andrea for her thoughtful and delicious homemade treats and for everything she does to help animals now and in the future.

Creston is a Development Officer with the Nova Scotia SPCA. He and his partner Terri are proud parents to a cat named Tony (Colchester SPCA alum) and two Shiba Inu dogs named Charlie and Kuma. He loves connecting with SPCA donors to thank them and to let them know how big of an impact their gifts are making. Connect with Creston at crudolph@spcans.ca or 902-209-4003 to learn more about leaving a gift to the SPCA in your will.